Disney price hikes: 'It was too much to pay' 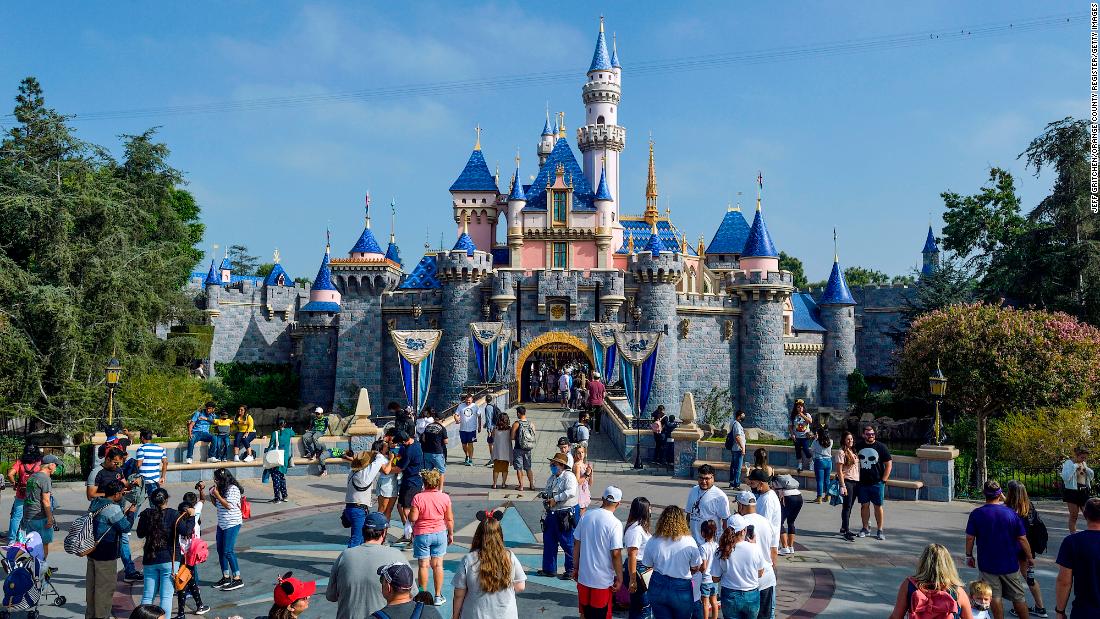 (CNN) — Victoria Wade flew from the East Coast to Southern California earlier this month to go to Disneyland. On the day she was set to buy her ticket, she saw the news: Prices went up overnight at US Disney parks, including admission to the original resort in Anaheim that she was about to visit.

Wade had budgeted her trip carefully. She said with a price tag that was suddenly $40 or $50 more, she cut her visit one day short.

“I had the money ready, and then they increased it,” said Wade, a content creator who lives in Maryland. “It was too much to pay.”

While many theme parks raise prices annually, some of the Disney price hikes on October 11 outpaced the US annual inflation rate of 8.2%.

Prices went up for busier-season admission at Disneyland in California, hotel valet parking, the Genie+ skip-the-line service, hundreds of food items at Disney World in Florida and custom-built light sabers and droids, among other things.

For a family of two adults and two children (ages 3 to 9) to park a car at Disneyland Resort during the busier season around Christmas, hop between its two parks and use the Genie+ service, they would now spend $1086 for that single day. That’s before they eat any food or buy any souvenirs. Before the recent price hikes, the cost was $988 (an increase of almost 10%).

Pete Werner, CEO of wdwinfo.com, one of the oldest Disney fan websites, said he thinks the Disney company has neglected its longtime fans and passholders in favor of attracting more casual visitors who generally spend more money per visit.

“The bottom line is ‘make more money with fewer people. And we don’t care who we price out to do it.’ And I’m going to tell you that the quality of the product is less, in my opinion, is less now than it was prior to the pandemic, yet the price has gone up considerably,” he said.

When asked about earning more per guest with fewer in attendance, a Disney official instead described “the positive outcome of a strategy that prioritizes the guest experience. When we focus on delivering a world-class experience, we know our guests will spend more time with us immersed in our stories.”

There are fewer of the least expensive tickets

While the cheapest single-day ticket at Disneyland has stayed at $104 since 2019, there are fewer days of the year where this kind of “low season” ticket is available.

On the other end of the spectrum, a single-day ticket in Anaheim, California, that allows entry to one park during a busy season such as Christmas jumped from $164 to $179, about 9.2%. To add the ability to hop between Disneyland and Disney California Adventure is an extra $65, up 8.3% from $60.

And some things that were once rolled in with park admission now cost extra.

Carlye Wisel, a theme park journalist and podcaster, gave an example of an extra cost that used to be included: the line-skipping service called Genie+ that has replaced FastPass.

“These parks cannot be more expensive and more difficult to visit,” Wisel said. “And what we’re seeing with Genie+ and individual lightning lanes is that you are now paying even more not just for a product that used to be complimentary, but for one that can be very burdensome to use during your visit,” she said.

In Southern California, Universal Studios Hollywood has also increased prices, but the rise wasn’t as steep as at Disney.

Admission price increases at Disney’s main competitor in Southern California, Universal Studios Hollywood, were not so steep this year.

Universal Studios Hollywood has a more expensive “low season” ticket priced at $109, which has not changed since 2018. But its most expensive single-day ticket increased 3.9% during its last round of price hikes in January, according to MouseSavers.com. A skip-the-line service at this park can cost guests more than $100 extra per day.

“Universal’s ticket pricing is reflective of the dynamic entertainment and immersive experiences we offer, and we have a wide range of ticket options available to meet the individual needs of our guests,” a Universal Parks & Resorts spokesperson told CNN on Tuesday.

A monorail train zips past flower displays at Epcot, one of the four big theme parks at Walt Disney World Resort in Florida.

Werner said every time prices go up, he hears the same refrain.

“For 25 years, I’ve heard that ‘I’m not going to Disney World’ on one hand, while they’re handing them their wallet with the other,” said Werner, who also owns Dreams Unlimited Travel.

And while people may be facing a potential recession, he said that is very different from actually being in a recession. Right now, he said he’s not seeing people canceling their vacations to Disney’s Florida resort.

Wade, the recent Disneyland visitor who was once a Walt Disney World employee, said she ended up visiting Disneyland in California this month on a Monday and found it “ridiculously busy.”

She said she saw a lot of people buying Genie+, which allows Disney visitors to skip the regular line for a faster one called a “lightning lane.”

The service went from a flat fee to a dynamic pricing structure dependent on demand in the October 11 price hikes. On the West Coast, the base price jumped from $20 to $25. On the East Coast, the service that launched at $15 last year is now supposed to range between $15 and $22 for October, with further increases possible.

“People were still buying them, and the lightning lanes were as long as the standby lines,” Wade said.

A park reservation system that began with the Covid-19 pandemic is still in place, and popular dates are booked up well in advance.

Still, Disney touts its broad range of prices to meet all budgets.

A Disney official told CNN that the company is purposeful about creating tiers of ticket and hotel price points to allow more guests who want to visit the parks to have that opportunity.

“There are more ways than ever before to visit a Disney Park. Our focus is to provide a great guest experience, and we do that by putting choices in the hands of our guests to decide how and when to experience our resort,” a Disney official said.

For example, a Disneyland ticket for a Tuesday in February will cost much less than a crowded Saturday in December. Disney also pointed to its 35 hotels in the United States that range from AAA four-star to budget. Disney guests are also allowed to bring in their own food and nonalcoholic drinks, as long as they’re not in glass containers.

“I’m a longtime fan. I don’t love this. But it’s pretty clear that it’s working. Like, Disney is making money,” Munsil said.

Munsil said the tiered pricing by season, or the optional add-on costs of Genie+, are ways to allow people of different income levels to visit the parks, rather than keeping prices flat across the board.

As far as finding those deals to go during a slower season, “Is it possible? Sure. Going to Mars is possible,” said Werner.

“It’s not just the cost of the hotel room. It’s the combined cost of all the things associated with the Disney vacation. And we haven’t even gotten to souvenirs yet. So the cost of popcorn has gone up, the cost of a hamburger has gone up. You have to take these things in totality.”

Recent Disneyland guest Wade once had an annual pass at the Orlando resort, but she gave up her Disney pass this year because of the cost. She still holds annual passes at Hershey Park, Cedar Fair Parks and Universal Orlando Resort.

“They’re essentially pricing out lower-middle-class families. … They want to bring in that more luxury-brand market. I’ve seen it with certain products that they put out just testing the waters,” Wade said. “I see them losing a lot of loyalty from this generation.”

While cost is a major factor, she said there are also more burdensome rules and complicated systems to visiting Disney parks in the post-Covid era compared with other resorts.

Wade said she was recently in Orlando for a week visiting various theme parks: “I was actually just there at Disney World last month. And it was literally the most stressful day out of my whole trip.”

She said teasing out all the strategies she needed in terms of reservations, line-shortening apps and such involves much more work than visiting other resorts.

Some experts say other brands are making gains as they focus on higher quality entertainment and new attractions to draw traditional Disney fans away.

“Granted, it is not the same experience as Disney,” Wisel said. “But Universal does have a lot of really, really big banner openings coming down the pike.”

Super Nintendo World opens in the Hollywood park in early 2023. A new theme park called Epic Universe will be added to its Orlando resort in 2025.

Werner said that his travel agency is booking triple the amount of Universal Orlando trips compared with the years before the pandemic while his audience has not changed.

But he added that while fans are discovering other options beyond Disney World, his agency is booking an unprecedented number of Disney Cruise Line trips.

A Disney official told CNN that since 2016, its parks around the world have seen more than 200 new lands, attractions, experiences and festivals, citing more for guests to do and better food and beverage offerings.

While travel agents, hardcore fans and theme park journalists debate whether a product is worth the price, Wisel points out the emotional attachment that brings certain people back to a park such as Disneyland, which represents more than a place to visit.

“It is generational. It is part of our lives. And regardless of all the pricing changes and the difficulty, I think it still resonates with people so deeply that we suffer, but we suffer for what we love.”